About us Events Our work 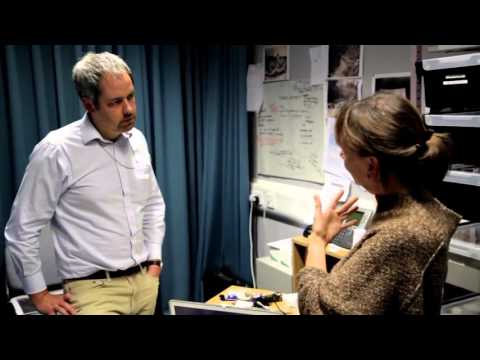 After a residency at the Wellcome Trust Sanger Institute in 2012, artist Deborah Robinson created Parasite, a work that mimics the life cycle of the parasite that causes the tropical disease malaria, and explored how its ability to adapt has challenged scientists trying to combat its deadly effects. Working with sound artist David Strang, Robinson programmed archival films from the malaria eradication campaigns of the 1950s with a software “parasite”. The films are accompanied by a sinister mosquito soundtrack and slowly erode as they loop, mirroring the effect of the disease on red blood cells.

Parasite was our first exhibition in the Cultural Zone, which opened in October 2015. It was the right choice to begin our exhibition programme, as the work was the result of a successful collaboration between an artist and campus scientists but had not been able to be exhibited at the campus before. The exhibition was also a chance to explore new opportunities to open up for the public, with “after-hours” events held as part of the Cambridge Science Festival.