Talking Cells is a new project by the “Theatre of the Cell” initiative at the Wellcome Sanger Institute, using theatrical means to explore aspects of molecular and cell biology. Think Alan Bennett’s “Talking Heads” but with cells in the limelight!

Please note that this workshop is not suitable for children under the age of 16.

The Theatre of the Cell project at the Wellcome Genome Campus invites you to join us for Talking Cells. Taking its inspiration from Alan Bennett’s series of monologues “Talking Heads”, this week-long workshop combines the arts of storytelling and acting with the science of cell biology to create your own unique stories from the point of view of living cells. You will learn about the art of the monologue and theatrical techniques as well as tips and tricks for audio and video recording from an experienced theatre coach. Our team of biologists will provide you with inspirations from the world of cellular biology to help you explore the secret life of cells. There are dark corners to explore and heroic deeds to celebrate – what medium would be better suited to do so than the ancient art of storytelling?

The course will be delivered entirely online through Zoom meetings and the Slack online collaboration tool, culminating in an opportunity to present your work to the general public in a live-streamed public event, if you choose to do so.
The project will consist of two workshops and participants are encouraged to attend both, followed by an optional presentation on 10th April.
Talking Cells Workshop 1: Friday 26th March 6pm to 8pm

Throughout the festival week, we will communicate with participants via Slack, an online team collaboration tool, to help you develop your ideas and support you with biological facts and resources.

Please note that this workshop is designed for an adult audience and is not suitable for children under the age of 16. 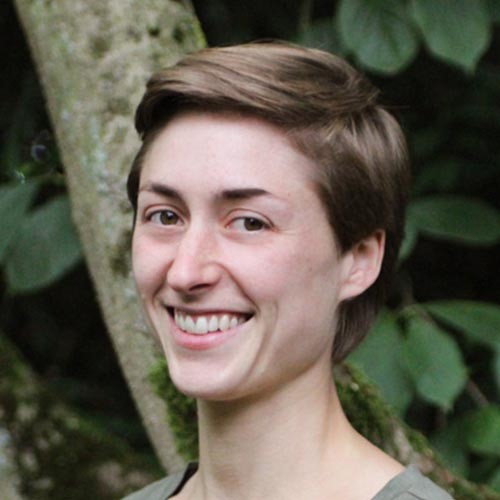 Sophie has a decade of experience in creating site-specific performances, with nature usually being a vital element. She has worked with various national and international theatre companies throughout the UK, and has taken part in the Edinburgh Fringe Festival. Her passion for theatre, nature and working with young people sparked the creation of The Mousehold Theatre Company in 2018. She is also one of the teachers at Norwich Theatre Royal for the Young Actors company.

Alena Pance is a cell biologist who has been part of the Malaria Programme at the Wellcome Sanger Institute, where she was using stem cell and genome technologies to understand the host-parasite interactions in malaria. Alena has been taking science to schools for over a decade and last year she joined the Public Engagement team at the Sanger Institute to expand her science outreach to wider audiences. Together with Frank, Alena developed the ‘Theatre of the Cell’ to excite children about Cell science by enacting some of the processes fundamental to life. 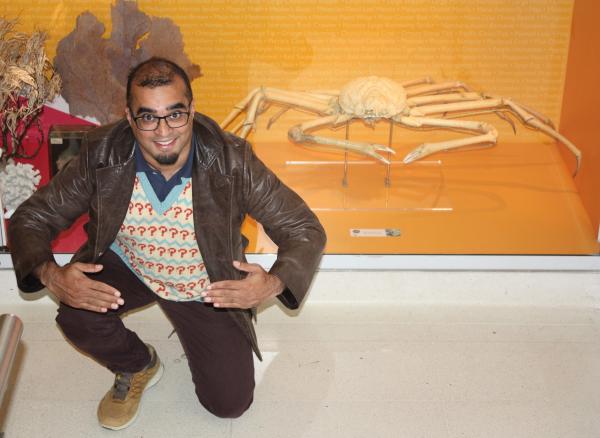 Rishi Nag is the creative lead at Singing Science, a science/music edutainment project which has produced Genomics! The Musical!. Before moving into this role he had many years experience as a Programmer and then a Programme Manager in the genomics fields. 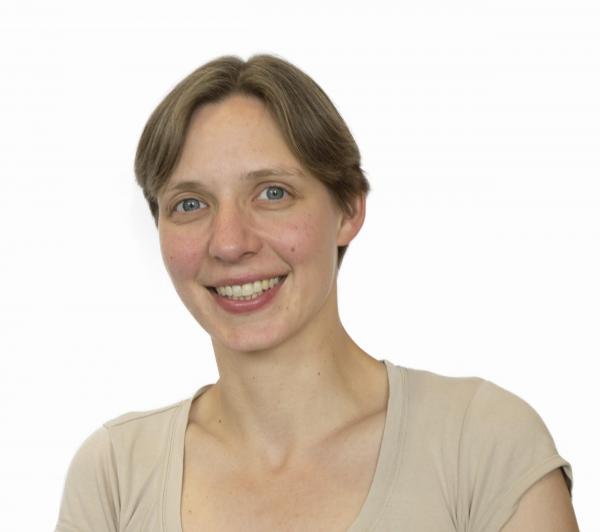 Birgit Meldal is a molecular biologist at the European Bioinformatics Institute (part of the European Molecular Biology Laboratories). She trained as a lab biologist in evolutionary genomics and virology. 8 years ago she decided to swap data creation for data sharing and joined EMBL-EBI as a biocurator. She specialises in the archiving and dissemination of data about protein function for the benefit of researchers around the globe. Two years ago, Birgit got involved in public engagement activities. She’s helped out at several public science events run by the Wellcome Genome Campus and has run DNA workshops at local schools which ends with the children isolating DNA from fresh strawberries using simple household equipment. 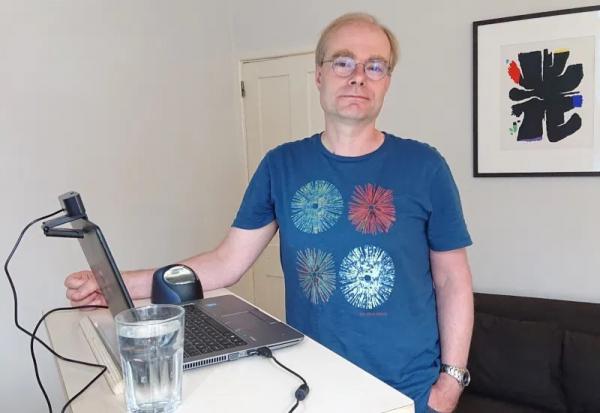 Frank’s day job is the study of genomics of the Malaria parasite at the Wellcome Sanger Institute. He currently also works with Public Health England on a little known virus known as “The Coronavirus”. Trained as a lab biologist, Frank put his pipettes down in 2004 to become a computational biologist when he got overwhelmed by sheer amounts of data from novel DNA sequencing platforms and got fed up copying and pasting sequences. Frank and Alena have created and run many public engagement activities at the Wellcome Genome Campus and started the Theatre of the Cell in 2019 as an initiative to bring theatrical approaches to science education for children. Bringing together up to 90 children at one time to re-enact a replicating DNA molecule by standing close together was fun while it lasted. 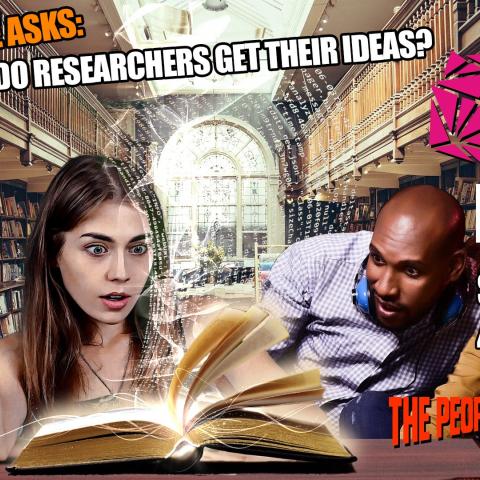 Talkaoke Asks...Where do researchers get their ideas? Talkaoke is a pop up talk show, enabling conversations between anyone!
26th Mar - 4th Apr 2021 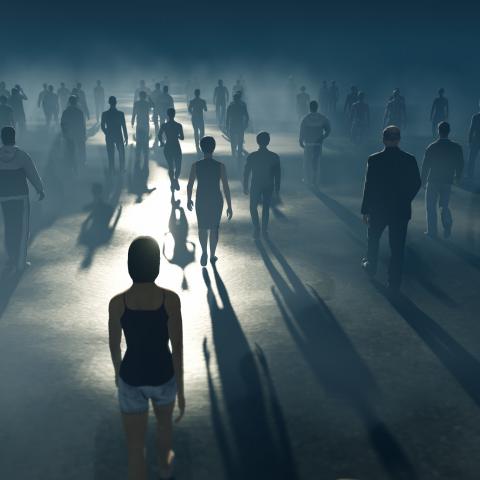 Zombie Virus: Can you save Cambridge? A mysterious virus is spreading through Cambridge and turning everyone into zombies.
29th Mar - 1st Apr 2021 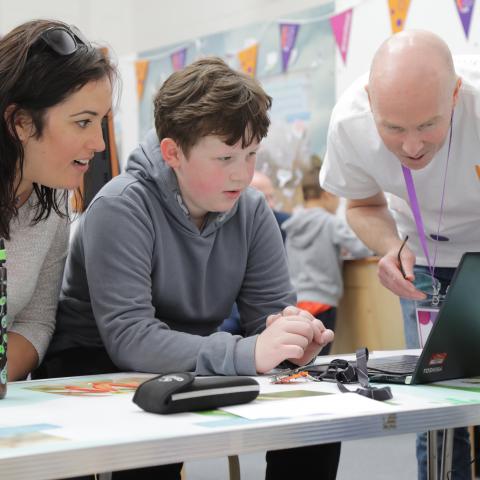 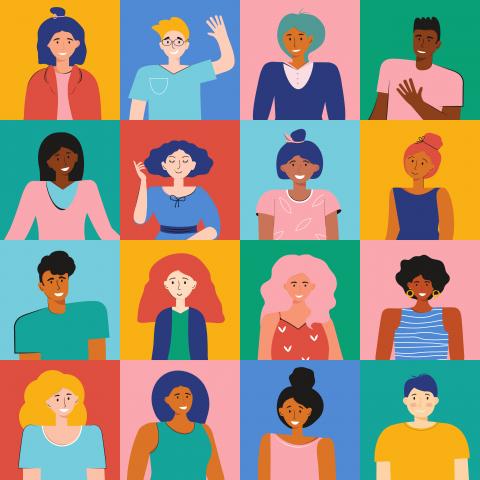 Talking Cells Talking Cells is a new project by the “Theatre of the Cell” initiative at the Wellcome Sanger Institute, using theatrical means to explore aspects of molecular and cell biology. Think Alan Bennett’s “Talking Heads” but with cells in the limelight!
27th Mar 2021 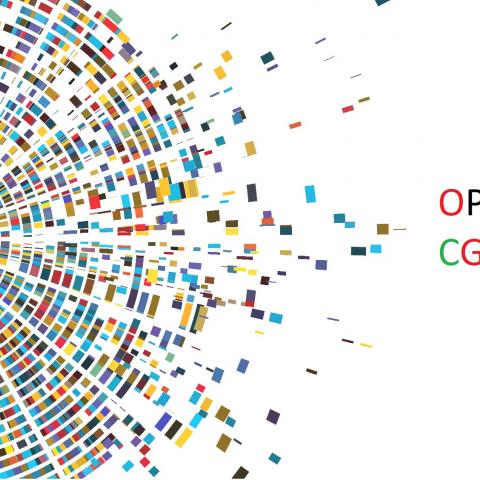 Open Saturday: CGAP Takeover Each month we invite you to explore the hidden world of genomics, with researchers from the Wellcome Genome Campus. Take part in interactive activities, workshops and tours, and have the chance to chat to our researchers.